We are deeply saddened by the passing
Her Majesty The Queen.

Our thoughts are with the Royal Family, and we extend our condolences and sympathy.

We are proud to have held a Royal Warrant from Her Majesty The Queen. 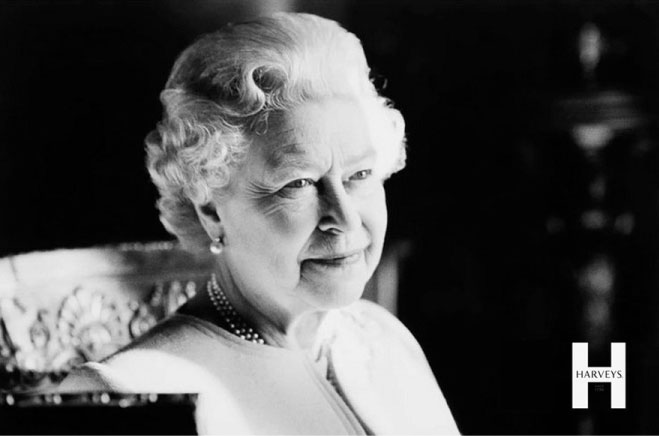 Harveys was founded in Bristol in 1796 by merchant William Perry. During the 19th century, Harveys became one of the largest importers of sherry from the Bay of Cadiz to the port of Bristol. Harveys Bristol Cream, created in 1882 by John Harvey II and his brother Edward, is the result of a meticulous selection of over 30 blends of Fino, Oloroso, Amontillado and Pedro Ximenez grape. It is aged in American oak casks using the traditional system of soleras and criaderas and is a global icon of sherry.

view more
The quality of each drop of sherry we produce means everything to us. That’s why we’ve spent years finding the best vineyards and bodegas that Spain’s Jerez region has to offer. With its very own microclimate, due to the fresh and humid winds from the west and warm and dry from the east, albariza soil and 300 days of sunshine a year, Jerez is the global centre of sherry production for more than a few good reasons. The quality of our sherries isn’t just down to location though – Manuel Jose Valcarcel, Harveys Master Blender for over 20 years, makes sure that our unique liquid is always up to the highest standards.

A world of possibilities view more

A taste for the finer things view more